In mid-August, Imperial Tobacco again raised prices on its tobacco products. As shown in the price list circulated to retailers and pasted below, they are now charging from $2.50 to $4.50 more per carton in Ontario. Price increases in other provinces have not yet been located, but they are usually imposed at the same time.

This is the second major industry price increase this year — in January prices went up pby $2.50 to $3.60 per carton for Imperial Tobacco brands. The other two major companies (Rothmans, Benson & Hedges and JTI-Macdonald) traditionally follow with identical increases within a week of Imperial’s announcement. 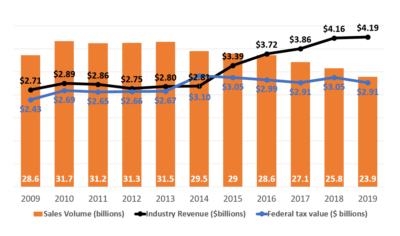 The company is continuing a now-familiar pricing strategy:

This year the mainstream tobacco companies have even more pricing room in Ontario, as the COVID-19 pandemic has reduced the number of smokers who go onto Indigenous Territories to purchase cigarettes that are not fully taxed. While there are yet no official reports on tobacco sales volumes this year, the Ontario Convenience Store Association has reported that cigarette sales are up across the province this summer, attributing the increase to reduced contraband sales.

Cigarette sales (and smoking) continue on slow downward slope in Canada as they do elsewhere.

But although the volume of cigarettes sold in Canada declined by 18% over the past 5 years. (from 29 billion to 23.4 billion) and the number of smokers decreased by 12% (from 5.3 million to 4.7 million), tobacco industry revenue increased by 24%. Health Canada has not yet released sales or revenue data for 2020.

While tobacco companies raise prices every 6 months the Ontario government has not adjusted its tobacco taxes in two and a half years. This year, only a few governments have done so. Both British Columbia and Nova Scotia raised tobacco taxes by $4 per carton, and PEI raised its taxes by $5.00. Manitoba announced a $1 per carton increase in its spring budget, but later deferred imposing it. The federal government imposed an inflation-related increase of $0.46 per carton in April. 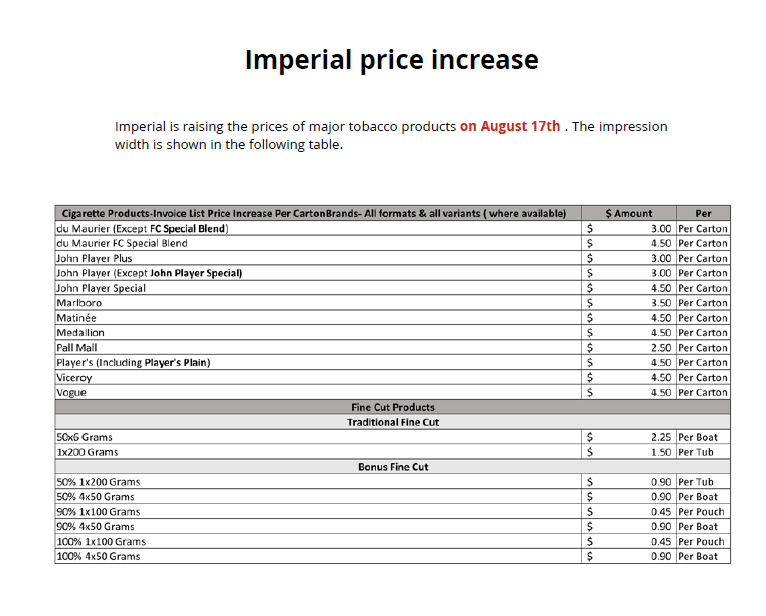