A lot is happening quickly in the field of tobacco and vaping regulation. This blog is to share attempts to visualize and keep track of developments.

In the past month alone, three Canadian provinces and one territory (Nova Scotia, Alberta, Ontario and Nunavut) have announced new measures. This week Prince Edward Island became the first Canadian jurisdiction to increase the legal age for tobacco or vaping products to 21 years.

As illustrated below, while there remain major gaps to fill, provincial and federal regulators are plugging away at the problem. 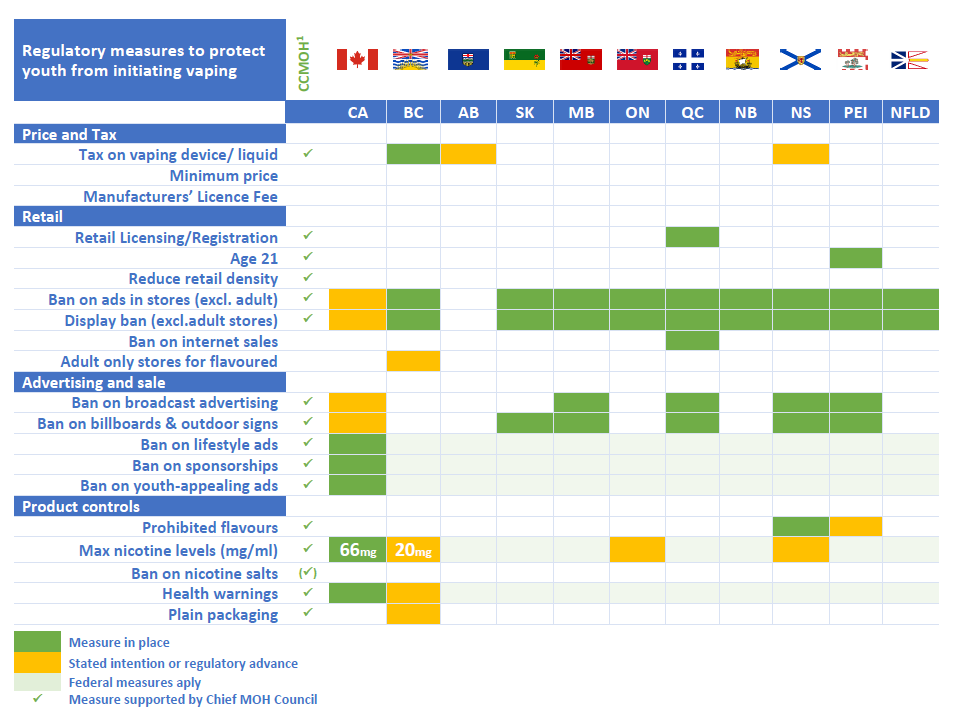 There is a lot of action outside of Canada as well.

That’s a lot to keep track of. More than 150 events are logged on our tracking sheet — and the number keeps growing.

Let us know if we missed something!