Last week yet another published study raised concerns about health impact of e-cigarettes. 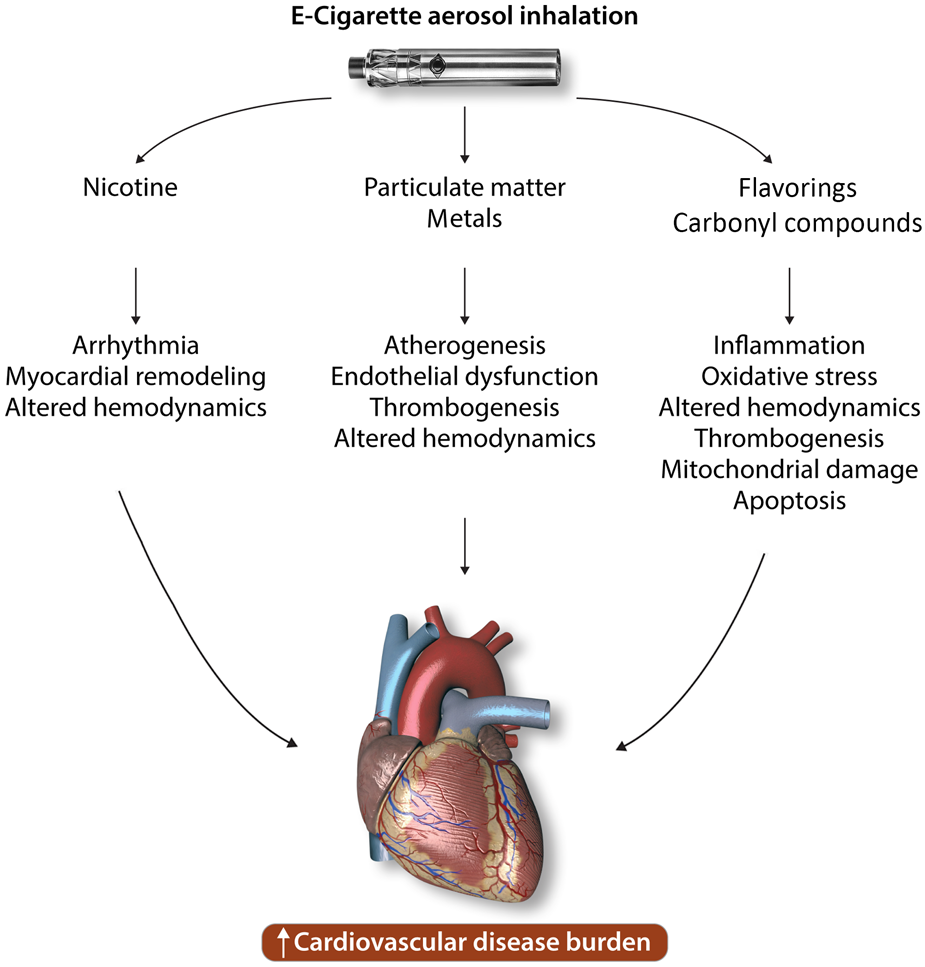 Much of the attention this fall has been on injuries to the lung, especially the Ee-cigarette or vaping product associated lung injury (EVALI) that has been experienced by thousands of American vapers and a much smaller number in Canada. Less reported have been papers exploring risks to other parts of the body, or which look at longer-term health effects.

One helpful study considered past studies on animals and humans to explore the various ways in which long-term cardiovascular damage might arise from using e-cigarettes. The paper Cardiovascular risk of electronic cigarettes: a review of preclinical and clinical studies was commissioned from 6 researchers associated with the Ohio State University. It was written last spring, and published last week in the journal Cardiovascular Research.

The authors (Nicholas D Buchanan, Jacob A Grimmer, Vineeta Tanwar, Neill Schwieterman, Peter J Mohler and Loren E Wold) note that there is a significant knowledge void to fill, as the the long-term effects of vaping on the cardiovascular system were “essentially unstudied”.

To address that gap, they considered the state of knowledge about the individual constituents found in the emissions from vaping products, such as  (a) nicotine, (b) particulate matter and metals, and (c) carbonyl compounds (produced by the solvents used to hold the nicotine) and flavourings. While there are many designs of e-cigarettes, virtually all result in users inhaling these subtances. 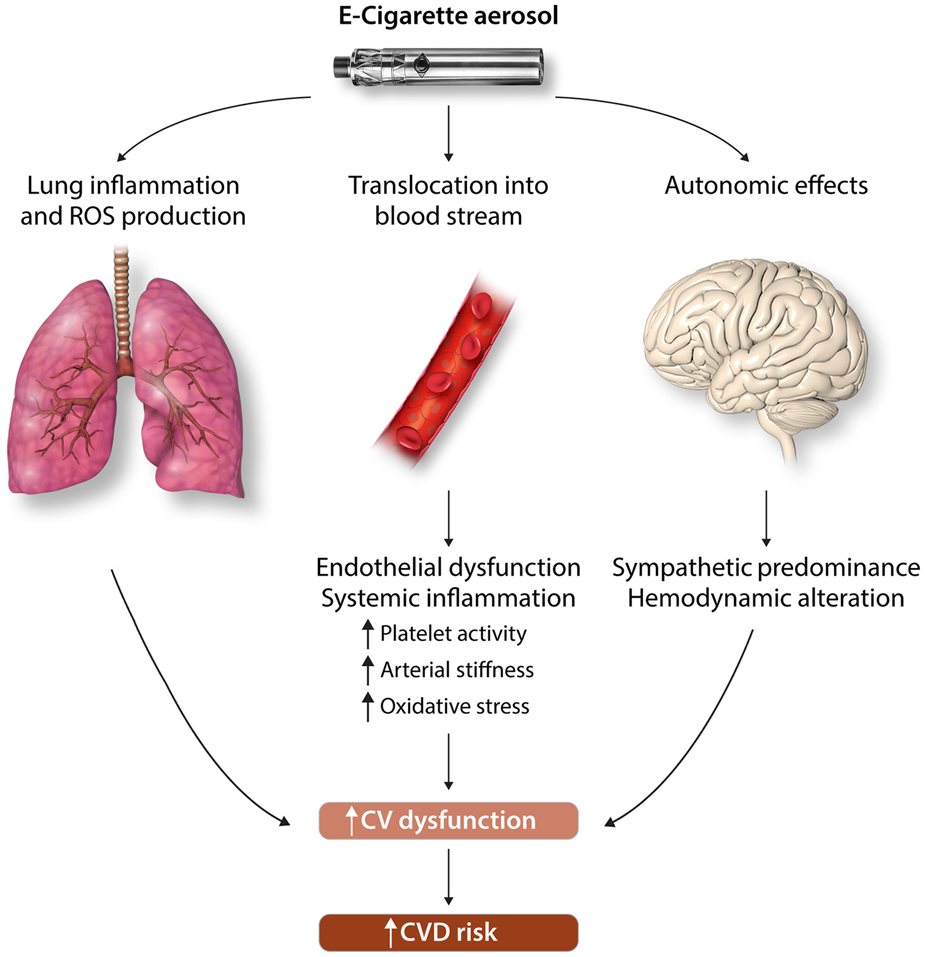 Each of these components of e-cigarette vapour has been demonstrated to pose a risk to the cardiovascular system:  a) nicotine can increase blood pressure and heart rate, or cause inflammation or stiffness in the arteries; b) fine particles find their way into the blood stream and directly affect the cardiovascular system, c) flavouring ingredients, even if they are considered safe to eat, can cause harm when they are inhaled, by triggering inflammation or other reactions.

This review identified many mechanisms by which e-cigarette use could increase cardiovascular risk, individually and in combination with each other. “As a result, great caution and hesitation should remain concerning e-cigarette use until its health risk profile is better established.”

After completing this review, the researchers conclude that, with respect to cardiovascular disease, the risks from e-cigarettes cannot be said to be less than they are from smoking cigarettes until more research can show this to be the case. “While the current but still limited literature suggests that e-cigarette use may lead to fewer negative cardiovascular effects than conventional cigarettes, our review supports that there is not sufficient data to conclusively make these resolutions.”

They urge that e-cigarettes be subject to the kind of pre-market scientific reviews that are required of other drugs. With this kind of “clinical trial data determining the general safety profile of e-cigarettes, regulatory guidelines defining their proper use and public perception can be better formulated.” Already several comprehensive scientific reviews have been conducted about the health effects of vaping on behaviour of major health authorities like the World Health Organization (2015), Public Health England (2015, 2018), the National Academies of Science, Engineering and Medicine (2018),  Public Health Ontario (2018) and others. These reviews have provided regulators and practitioners with inconsistent and sometimes conflicting advice on the regulatory approach that should be taken with respect to e-cigarettes.

The contributions of recent papers, like the one cited above, increasingly call for regulators and practitioners to insist on more evidence before acting as if e-cigarettes were less harmful. Last month, for example, a study lead by Jeffrey Gotts looking into the question “What are the respiratory effects of e-cigarettes?” This team also cautioned that it is not possible at this time to “determine whether the respiratory health effects of e-cigarette are less than those of combustible tobacco products.”

These recent papers and other key research findings are summarized in our new fact sheet, The Health Effects of Vaping