Unlike vaping products, he pointed out, Oral tobacco had assets that other next generation products did not. Unlike vaping products, no device was required and it can be used in places where vaping is not allowed (he showed a picture of an airplane). Even more – it offered additional “sensorial stimulations” and could be successfully marketed to women too. (Slide 8) 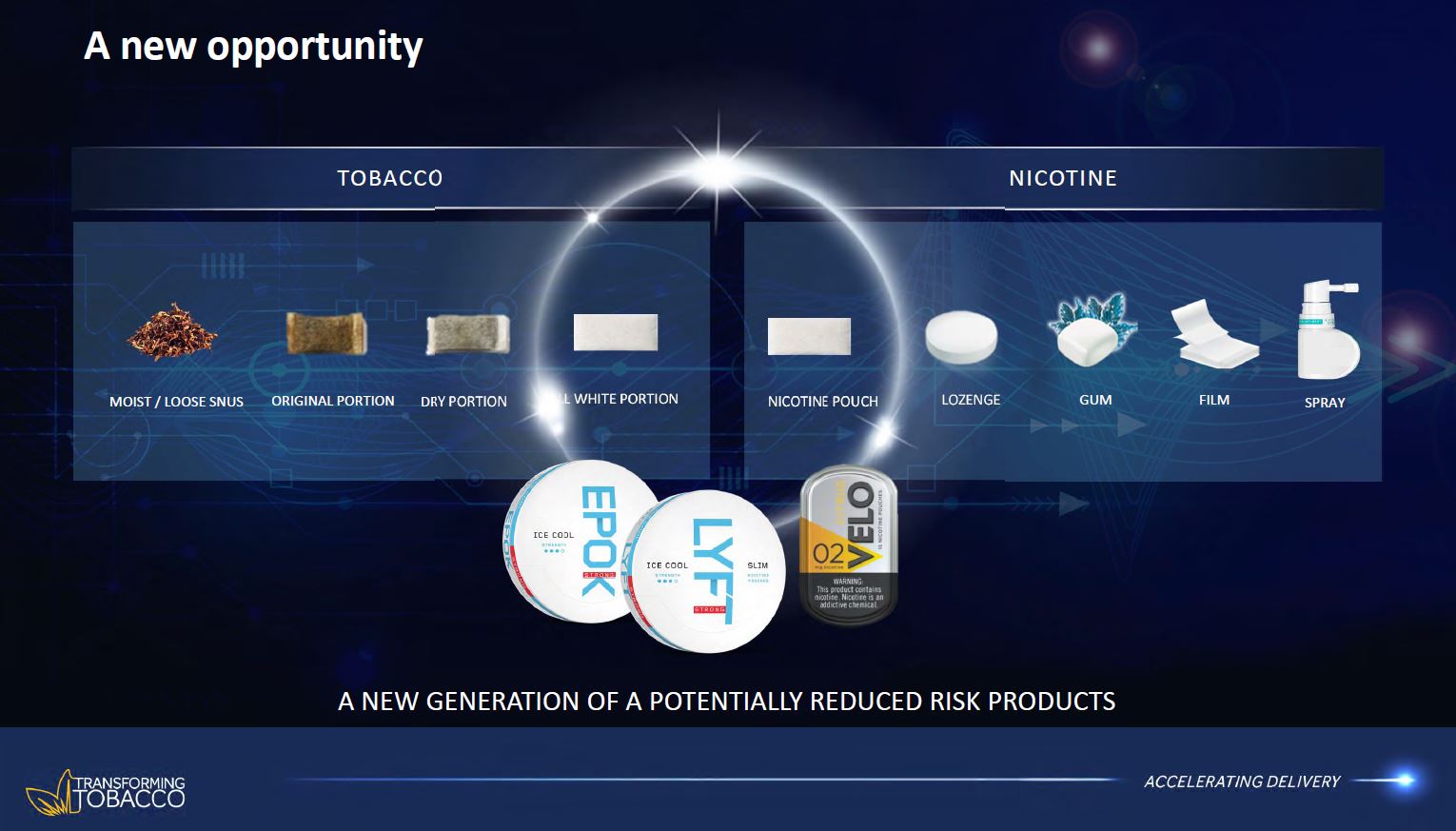 Everything Old is New Again

Oral tobacco is older than cigarettes, and is still a common form of nicotine use in some parts of the world – including the United States, Scandinavian countries and much of the Indian subcontinent.

The challenge for BAT and other companies wanting to rehabilitate this traditional practice is to convince people to put a small bag in their mouth several times a day and hold it there for half an hour. For many, this will seem an odd way to spend their time.

The companies’ strategy to accomplish this seems to have focused on reducing the “yuck” factor, and making a mouth full of ‘stuff’ look less gross and less dangerous. They seem to have approached the task of whitewashing oral tobacco quite literally: both the product and packaging have been purified in white.
* In EPOK, the tobacco was bleached white, and then flavoured and adjusted to be less unpleasant tasting. (One of the patents involved can be found here).
* In LYFT, the nicotine was embedded in bleached fibers from pine trees, as well as other flavouring agents and stabilizers. (The process is described here)

Another major step to making this product palatable to new users is to make it, well, palatable. With LYFT, the sharp tingle of nicotine in the mouth is masked with no fewer than 9 fruity and minty taste and strength options. Is this the alcopop of nicotine? (Slide 20) 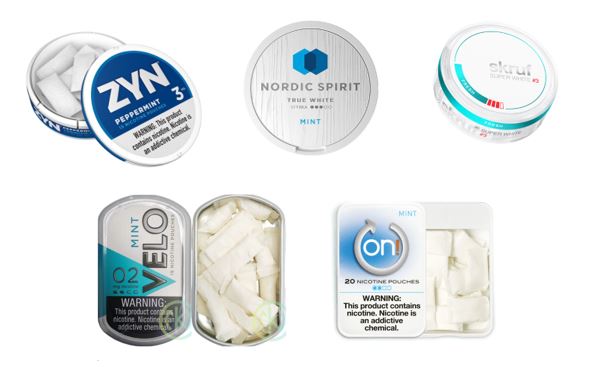 Taking nicotine out of the tobacco and then putting it into a different plant fiber may seem like a peculiar manufacturign process, but getting consumers to re-think oral tobacco is only one of the advantages to tobacco companies.

BAT may not be able to give its cigarettes away for free, but it can offer free samples LYFT nicotine pouches.

“Welcome to a new world of stimulation,” beckons the LYFT web-site. “Anytime. Anywhere. Are you in? Click here for a free sample.”

Subsequent packs, of course, are not free. The price of a can with 24 pouches is £7.99 – cheaper than the over £10 price tag on a package of UK cigarettes.

Other tobacco companies are also eager to fill that space.

Similar products made by other tobacco companies are already on the market:

The “exciting new space” that these new nicotine products are designed to fill is not one that has yet been addressed in Canada or in many other countries. The federal Tobacco and Vaping Products Act regulates tobacco products and nicotine products which “produces emissions in the form of an aerosol.” Tobacco-free nicotine pouches are not embraced by this law, and would not be subject to any of its provisions.The other federal Canadian law which would apply is the Food and Drugs Act. Last year, the rules for non-prescription nicotine were ‘clarified’, and it now appears that these new tobacco company products would be exempt from prescription drug controls as long as they contain 4mg or less of nicotine. The newly clarified exemption applies to “in a form to be administered into the oral cavity by means of a non-active device (one that operates on energy generated by the human body or by gravity) that delivers 4 milligrams or less of nicotine per dose for buccal absorption.”Its not clear how long before such products may be offered for sale in Canada. As of November 1, 2019, neither LYFT nor VELO were registered in Canada as trademarks for nicotine products, although Zyn was registered  in Canada last February and ON! was registered in August.

Benefitting from the cracks in EU tobacco regulation:

The marketing of these novel oral product in the U.K., Austria, Germany and other parts of the EU shows similar cracks in their tobacco and nicotine control systems. The EU tobacco directive bans oral tobacco, and requires warning labels on all tobacco products. (Sweden is the singular exception to this ban, and Norway and Switzerland are not members of the EU). Nicotine pouches are now sold by tobacco companies in EU countries without package health warnings. 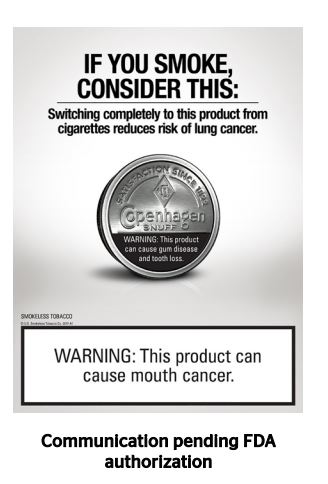 Seeking approval in US tobacco laws:

The U.S. Food and Drug Administration has determined that oral nicotine can is deemed to be a tobacco product, and has asserted its authority over the marketing. Its rules include the ability of the companies to ask for permission to market these as less harmful products.

Last month General Snus became the first tobacco product allowed by the FDA to make reduced risk claims. Altria is asking for the same right for its Copenhagen brand of snuff. Last week, in a presentation to investors, it illustrated how it intends to use this authority.

As the FDA processes similar applications for nicotine pouches, one might presume that similar authority will be given to these more recent products too.

A product for every consumer

Tobacco industry marketing plans used to revolve around finding a brand image that they could match to every consumer group. Tough macho brands for people who wanted to be thought of as touch and macho (Export A), urban sophisticated brands for people who aspired to that lifestyle (du Maurier, Benson & Hedges), etc.

Recent investor presentations (like slide 6 on a presentation made by BAT last October) show the development of this integrated range of nicotine systems. Some (cigarettes) are for people who love the taste of smoking, others (Oral) for those who feel the social pressure to not smoke or (vaping) who don’t like the smoking experience.